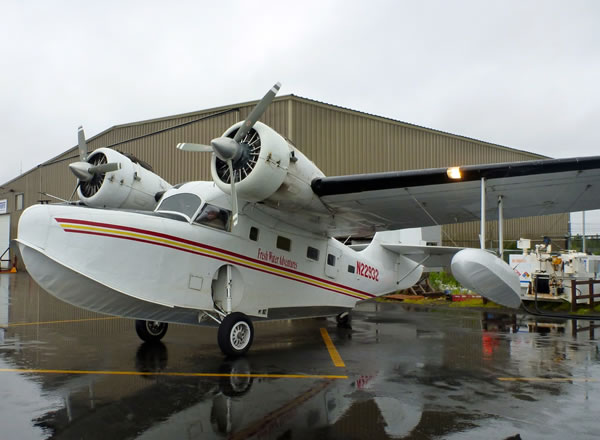 "Sure, I could have stayed in the past. Could have even been king. But in my own way, I am king. Hail to the king, baby.” Ash from Army of Darkness

British royalty. I’m dumbfounded by the obsession of the American public to any news of the monarchy. The name of the new prince took center stage on all the major networks. The only U.S. coverage I enjoyed was the Saturday Night LIve skit discussion the appropriate names for the royal birth canal. The only royalty that I swear fealty swim in the rivers of the Pacific Northwest, the Chinook or King salmon. Trying to get the anadromous royalty to come to a swung fly is a challenge especially in the lower 48 where run numbers are a fraction of their former glory. However, Alaska bears a number of rivers that support large healthy runs of salmon.

Most anglers when talking King salmon will immediately mention the Kenai but the world’s most prolific King salmon returns are on the Nushagak river in the Bristol bay drainage. As an aside, proposing a huge toxic mine in this drainage is the worst kind of short sighted planning. Most years, the run total averages just over 100,000 fish not to mention all the other species of salmon, rainbow trout, pike, and grayling. Traditionally, the Nushagak is overlooked as a flyfishing destination given its immense size. In fact, the lower river is dominated by a string of outfitters catering to the gear minded. One such outfit, Alaska King Salmon Adventures has been a regular destination of myself and my angling friends. Our first few forays to the Nushagak were spent pulling plugs and stacking fillets but each year, we’ve increased the amount of spey rod hours spent on the water. One word of caution, only a few of the guides have any flyfishing experience and their expertise does not lie in swung flies. But, they know the fishery and that’s an immense help as you and your buddies do some discovery into runs that fish well. But part of the fun on the "Nush”, is doing a little exploration. On the other hand, during our entire week this past June, no other fly anglers were on any of the stretches of river that we probed. To my knowledge, the only flyfishing outfitters lie many miles upriver and target the large leopard rainbows. 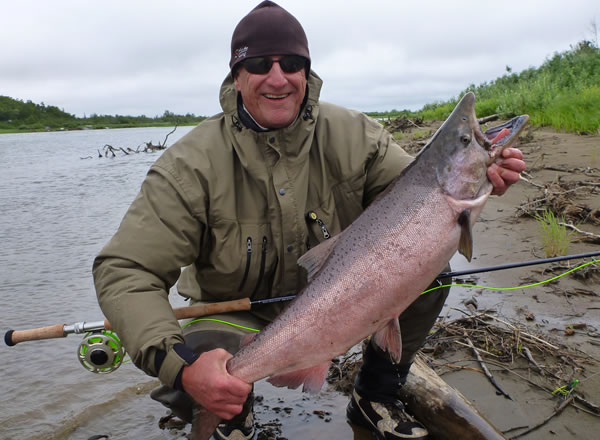 As mentioned earlier, the Nush is immense but a number of gravel bars and side channels facilitate breaking the river down into more manageable runs. Set ups used most commonly were spey rods in the 8 to 9 weight range using Skagit floating and intermediate heads with 10-12 feet of T14 or 17 connected to 15-20 lb tippet. I had the pleasure of trying out a couple of new Sage Method rods on this trip. Stay tuned for reviews in future newsletters. During our week this year, chartreuse seemed to be the color of choice tied in a number of styles. Would not suggest backing less than at least 30lbs since the occasional 30-40 lb leviathan might be encountered. During the week, rods were broken, tippets were snapped and lines were truncated. If you have a weak link in your fishing system, Chinook salmon will pinpoint it with the accuracy of laser targeted drone. Fighting and landing a King on fly gear is a strange mixture of joy and abject horror. I could not recommend it more. To add to the attraction are the frequent by catches of Chum salmon, trout and jacks or as we called them "micro Jacksons”.
The staff at Alaska King Salmon adventures are consummate professionals catering to the clients every needs. The camp is composed of Weatherport tents with two anglers per tent having a propane heater, beds and views overlooking the Nush. Hot and cold running water with showers and flush toilets make roughing it, not so rough. A separate dining hall with 3 hot meals a day and a wood fire lounge area make nonfishing time comfortable and relaxing. These sheltered areas were populated in the evenings for lies, stories and libations. After all, half the fun of these trips is the interactions with old friend, new friends and staff. To get to the Nushagak, float planes shuttle anglers from Dillingham to the camp with cost included in the package price. And if your lucky, that flight might be aboard one of the few Grumman Goose in operation in the world. 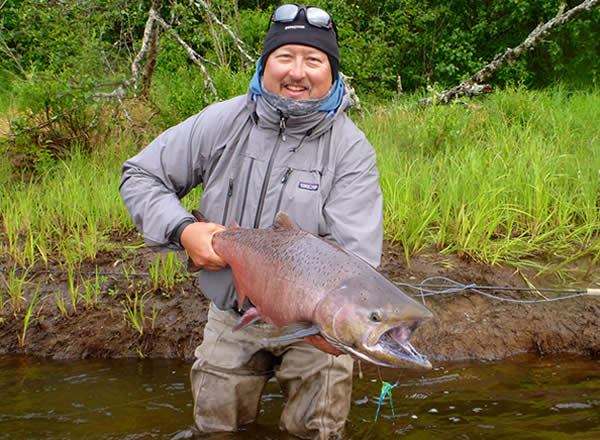 Hail to the King, baby!
I cannot recommend this trip more. It represents the perfect combination of knee shaking King salmon fishing, comfortable accommodations with expert staff and creating memories with your buddies. So, who cares about a royal wedding, when the Nushagak represents the perfect marriage of all that travel destination fishing has to offer.

"Fly Fish the World with Us"